US based JuiceBar is a full-service provider for electric vehicle (EV) charging stations, manufacturing charging stations for businesses and property owners, and advising customers on the right EV charging solution for them.

At the height of demand for their products, JuiceBar relies on Pipedrive and add-ons, like LeadBooster, to manage inbound sales opportunities, identify the hottest leads and automate their workflow.

Their sales cycle has been cut in half

JuiceBar has doubled their web traffic to lead conversion rate

Before moving to Pipedrive, JuiceBar was using Salesforce. Shortly after joining the company, Director of Growth, Jackson Haskell (who had used Pipedrive before) realized that it made more sense for the company to migrate their CRM to Pipedrive.

According to Jackson, the company was facing several challenges:

“This all resulted in bad insights into our business, so a CRM set up for growth/success was non-negotiable,” says Jackson.

To tailor the CRM experience to fit their needs

To manage a high number of inbound leads

To save time and ensure data accuracy

After a fast and easy migration process from Salesforce to Pipedrive, the JuiceBar sales team was better able to maintain accurate and up-to-date data on their CRM.

JuiceBar is using Pipedrive’s custom fields and important fields (available to users in the Advanced tier and above) to enrich their data even further, constantly working to find the best data points for their needs.

This has helped them to refine exactly which leads they should be targeting and how to target them.

Another feature available to the Advanced tier and above is the ability to add workflow automations in Pipedrive.

Pipedrive has built a SaaS tool with very intuitive data entry. I am consistently impressed with Pipedrive’s ability to walk the line between a rich data reporting backend and simple user data entry. Pipedrive does a good job of threading the needle between those two things, asking for fairly few data fields from the actual users and spitting out very detailed back-end data you can verify and work with. 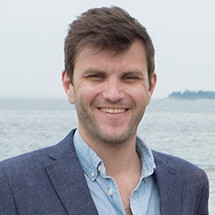 The Workflow Automation features prevent double-work and ensure data accuracy across the sales and fulfillment process. It has saved us hundreds of hours of data-entry. We have had great success with Livestorm Webinars as an educational resource and sync these viewers with our contacts and deals to enrich sales conversations. We also use Zapier for more complicated workflows from cold email to landing pages and beyond.

The company has also been using integrations to supplement the wide array of features available on Advanced.

Livestorm and Zapier are two of the integrations Jackson is most enthusiastic about.

Meanwhile, JuiceBar’s team is using the LeadBooster add-on, which includes tools like Chatbot, Live Chat and Web Forms, to manage leads. Using these tools on their website has enabled them to generate and qualify more leads and narrow their focus on the best prospects coming into their funnel.

Pipedrive, the LeadBooster add-on and the key tools JuiceBar has integrated with the CRM are helping JuiceBar to manage the exceptional demand for their products and services.

Pipedrive has allowed us to massively scale our outbound activity with a minimal increase in admin work to support it. Our Sales Cycle has been cut in half in 18 months, from approximately 70 days to 30 days.
Our business has become incredibly prescient, and if you look at what’s happening with EV charging, everyone is dealing with a massive influx of the sales conversations around it, and so were we to try to do this with old tools, we would be in a lot of trouble right now. Being able to scale, able to break that 1:1 ratio, being able to handle multiple sales conversations per day, per rep, is a non-negotiable given what’s happened to our industry.